The History and Meaning of The Ampersand Symbol

You may be asking, what’s the story behind the name Ampersand? The use of an ampersand indicates a perfect pairing, a unified team, a relentless collaboration. Think P&L, R&D, or PB&J. As Ampersand, our driving principle (and somewhat obsessive pursuit) is to help our clients Fuel & Simplify Business Growth.

The & symbol predates the word “ampersand” by more than 1,500 years. Back when Roman scribes used the word “et” to mean “and” in their works, their cursive script often merged together the e and t, turning the two letters into one new distinct mark. The & symbol was born.

With mainstream use, the & symbol was formally recognized as the 27th character of early Latin and English alphabets. School children reciting their ABCs were taught to say “X, Y, Z, and per se &.” Used here, the phrase “per se” means “to stand by itself.” The often hurried pronunciation of “and per se and” formed the slur “ampersand,” which was officially recognized as a word and added to the English dictionary in 1837.

Today, the modern & symbol has evolved, becoming more stylized and less revealing of its “et” origin. But, in certain situations and certain typefaces, the roots of the e and t can clearly be seen in the ampersand.

What’s more interesting, the & symbol is commonly seen in business names formed from partnership. And, it is regarded as a design marvel by the creative community, taking many shapes and forms.

Finally, the use of an & symbol also represents a close collaboration between two authors. According to The Writers Guild of America, an & is special, denoting a much stronger partnership than credits using the word “and” spelled out…indicating that one party did most of the work.

While the roots of Mangold Creative can still be seen, our stylized evolution to Ampersand was born out of partnership and collaboration. We hope to pair with you as a unified team. To collaborate in something special as we Fuel & Simplify Business Growth together. 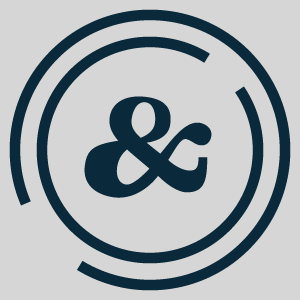 We are Ampersand and & means so much more. Get what you need to know to Fuel & Simplify Business Growth.